A trailer and canopy designed for mobility and maneuverability

Designed for the construction and mining industries where time is scarcest resource. 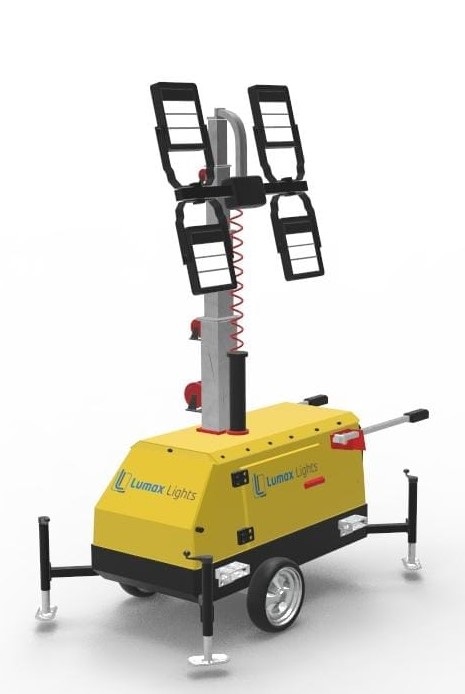 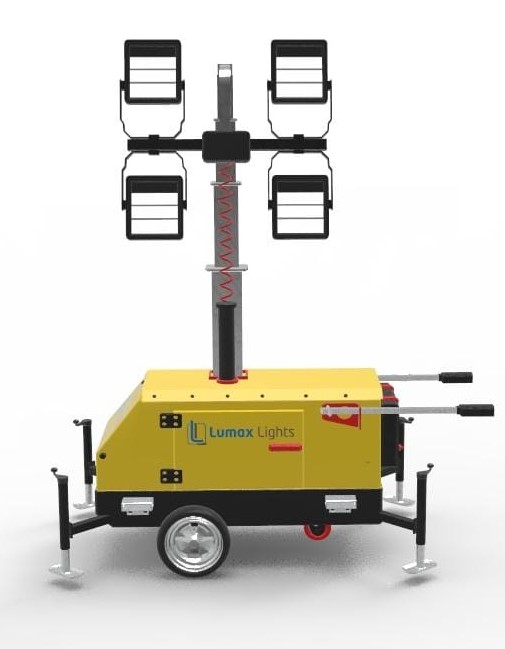 Lumax Lights is a manufacturer of LED light towers. Lumax maximizes efficiency in its light towers. This means less fuel costs. Less operating costs and a longer lifetime of the complete tower.

Lumax LED Hybrid Light Towers are designed as DC machines. LED lights use DC voltage. Lumax harnesses the maximum LED efficiency by providing direct DC voltage to the LED lights getting rid of rectifying LED drivers in the process and improving efficiency. Models include direct power from the generator, a hybrid tower model with lithium batteries in between and a hybrid model with a solar panel installed on top. The options allow us to find what will be best for your requirement weighing operating expenditures, running costs versus the initial capital expenditure of the Tower.

The hybrid options will allow you to customize your battery size to decrease maintenance cycles and run time fuel cycles. With the Lumax configurations, you can choose how many hours you want to use the generator in any given usage cycle. All of Lumax’s lithium battery systems contain a BMS to protect the batteries from over or under charging. This increases the lifetime and cycle time of the batteries. With our in-house battery testing system, number of cycles have been tested with our LED tower system.